Building emotion into your marketing

Consumers like to believe that they make buying decisions on a rational basis; weighing up the pros and cons and looking objectively at the alternatives. In reality, one element overrides rational thinking and has the biggest impact on consumer behaviour. Emotion.

Developing marketing which resonates with your customers on an emotional level is key then to influence their buying behaviour.

A model popularised by German neuroscientist Dr. Georg Häusel - the Limbic Map - provides a useful framework for identifying the values and emotions that resonate most strongly with your target audience.

One brand that has recently tried to tap into emotions through storytelling is The National Lottery.

A smart move; after all, rational decision making for purchasing a lottery ticket isn’t likely with the odds of winning somewhere between minuscule and never.

It’s also a successful departure from its “Represent” Twitter campaign. Although this also tried to connect with real people it was hijacked by social media trolls, destroying all attempts at brand building.

Their latest campaign, “Who wins if you win” features various individuals talking about the people close to them and how they would enjoy treating them with their new-found fortune. 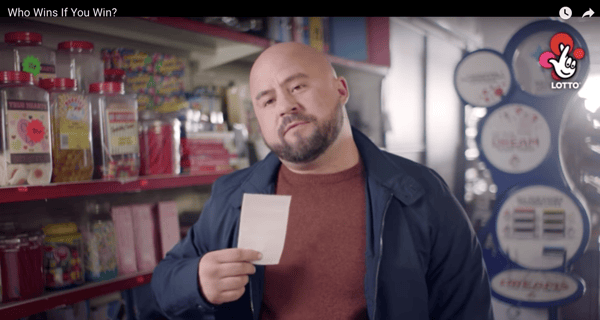 The vox pops of ordinary people, from a variety of backgrounds, helps build emotional connections across demographics, and also reminds viewers that real people, just like them, win the lottery.

Using the Limbic Map above, this campaign targets the emotions associated with the balance segments - namely family orientated, nostalgia and dreaming. A move away from the focus of historical campaigns which tended to appeal to the hedonist.

Psychological tactics and emotional drivers can also be applied to referral marketing. We often talk about the psychological balloons and weights at play. When deciding on whether to refer a brand to their friends, customers effectively weigh up the social risk (of referring something not deemed a good deal or appealing) vs the social capital (the appreciation given for sharing a great brand).

We’ve worked with numerous brands to help them find the right emotional triggers which connect with their customers to encourage brand advocacy and sharing.

One popular tactic is crafting the referral message around the benefit the introduced friend will receive (rather than focusing on the reward for the introduction).

This means customers feel happy sharing the brand, without fear of feeling they are only referring for personal gain.

In the above example, Benefit Cosmetics offered both the referrer and their friend a free product rather than a discount.

New products or limited edition rewards are the best offers for people dominated by the stimulance segment in the Limbic map. They are attracted by scarcity; one of Robert Cialdini’s Principles of Persuasion, which we have discussed previously.

An alternative approach is offering a donation to charity rather than a discount or free gift. A well chosen charity which connects with consumers can really trigger an emotional response, especially those driven by feelings of care and empathy.

Last year, Tonik Energy did this to great effect. With the campaign running in December it enabled their customers to feel good about supporting a worthwhile charity at Christmas. Employees were also bought into the campaign with special briefings so the message was consistent across the brand.  The campaign raised over £10K for Wellchild and built great brand sentiment for Tonik Energy.

Whilst the most effective referral messaging focuses on positive emotions, there are some tactics which play into fear. Namely, the fear of missing out.

In this case the reward is time limited to encourage speedy redemption of the reward before the offer expires. This works well when targeting consumers who are more spontaneous and impulsive (the "adventurers" in the limbic model).

Building emotion into your marketing is key to drive new customer acquisition. Once your customers are onboard, it is clear that emotion also plays a big part in moving them from satisfied customers to brand advocates.

Push vs Pull Marketing - which is winning the race for trust? [Infographic]