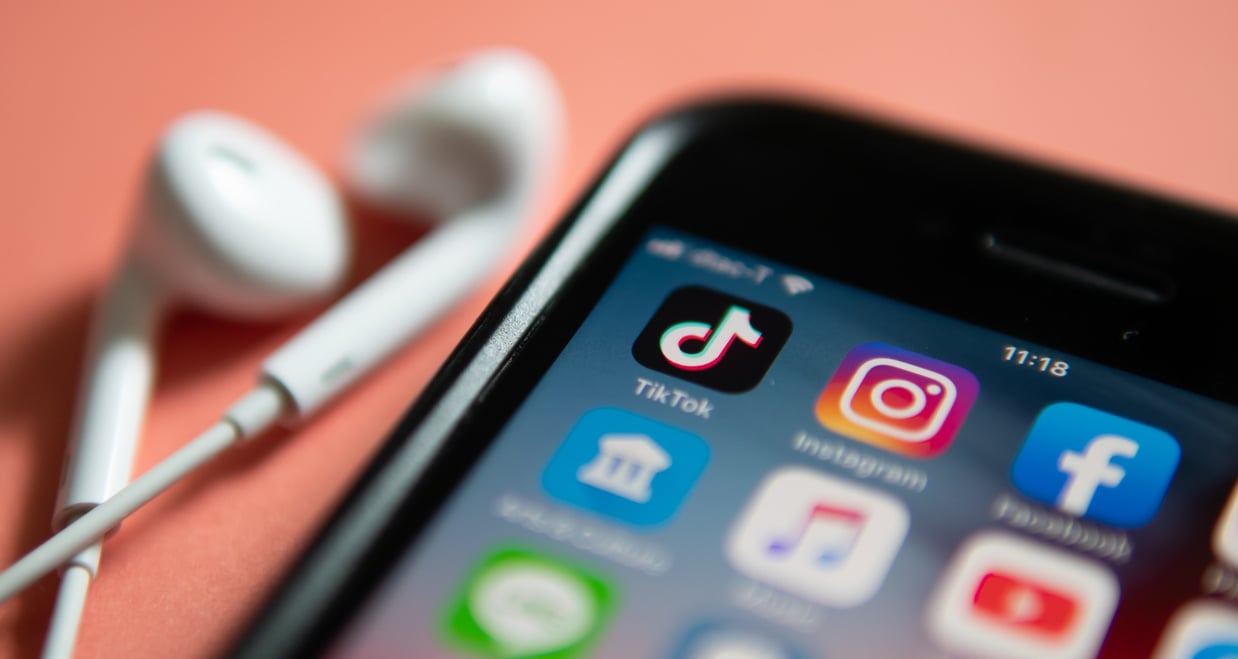 TikTok: what it is, who uses it and how it can drive sales for your brand

If excited chatter of social media app TikTok hasn’t yet reached you, it soon will.

Since launching in 2017, the social video app has racked up more than one billion downloads worldwide (full disclosure: two of those came from me and my 11 year old son). Last year, it beat the likes of Instagram and Snapchat to be the world’s fourth most downloaded app.

TikTok users can film themselves – typically lip-syncing or doing a comedy sketch – before using the app’s editing tools to add effects, captions and music to their short-form (maximum 15 seconds) video.

And forget painstakingly curated perfection; TikTok is all about quirky creativity and big performances. (Check out this Twitter thread to see what I mean.)

So far, TikTok is mostly popular with young people. At least 40% of the app's users are aged between 10 and 19.

But even if Gen Z isn’t your primary target demographic, TikTok is still well worth considering.

Firstly, Gen Z will soon be adults with disposable income, and already have buying power worth at least $44 billion. That’s without even considering their influence over family members’ purchase decisions while still living at home. So even if not your target demographic right now, they’re a valuable demographic to engage with.

Whether you’re an early adopter or yet to create an account, TikTok is another content marketing channel worthy of consideration for any business-to-consumer brand.

3 ways to use TikTok to increase brand awareness and sales

Building your own brand account on TikTok is great, but it may take some time to accrue a loyal and engaged following. Working with influencers who already have these numbers is a shortcut that, done right, can connect with a large audience and deliver effective results.

Major brands including Google, Coca-Cola and Chipotle have since followed suit. Could your brand be next?

An effective channel requires regular content. If you don’t have the resources to regularly post to TikTok, then launching a competition offers a great way to connect with your audience and create user-generated content.

In 2018, the United Nations' International Fund for Agricultural Development (IFAD) launched the #danceforchange challenge in support of its mission to end world hunger. Despite being rooted in such a serious topic, the campaign used upbeat music, engaging imagery and exciting challenges to inspire followers and get people talking.

"We are dancing to capture the world's attention and to share a message with young people everywhere: our generation can end global hunger, but only if our leaders invest more in agriculture and the next generation of young farmers," said Sherrie Silver, MTV award-winning choreographer and IFAD's Advocate for Rural Youth.

At the beginning of this year, TikTok quietly introduced advertising with standard in-feed video ad units. Users now see paid-for content roughly every five videos within their feed from apps like Facetune, Digit and Grubhub. The quality of these ads, however, remains relatively low – offering a brilliant opportunity to stand out from the competition with better creative.

In addition, the relative newness of TikTok means there’s less brand competition; the platform is far less saturated with branded content than other social media platforms.

But be warned: Gen Z is the least willing generation to tolerate any form of online advertising. Anything obviously sales-y is likely to do more harm than good for your bottom line; creating authentic content is key.

Love it, hate it or yet to discover it, TikTok is here for the foreseeable – and, used effectively, it could be brilliant news for your brand.