As an industry, we mistakenly treat Black Friday like the bluntest of instruments.

And while Black Friday has seen rapid evolution year on year wherever it exists, the types of changes seen and documented by the retail industry arguably fall into the category of ‘somewhat predictable’.

You need not be a retail analyst to have noted that Black Friday has gotten bigger. It increases in size - growing the volume sales it generates - every year.

It’s also got bigger in terms of its duration. No longer such a festival of rushed retail, Black Friday has extended from its origins as a single day of trading to a week-long array of sales and promotions activities that commonly stretch from the Monday before Black Friday, to Cyber Monday seven days later.

We’ve also witnessed the relatively rapid shift of Black Friday’s activity from physical stores to ecommerce. According to IMRG, Black Friday online sales in the UK grew from £0.8bn in 2014 to £1.49bn in 2018. Over the same period in the US, the jump went from $1.9bn to $6.2bn according to Adobe.

What we haven’t seen until now, is a change in its nature...”

On its own though, going from huge to even bigger every year, while impressive, is not that interesting.

November 26th 2021, however, may mark the first visible signs of a new shift.

We’ve seen Black Friday grow in size and shape. What we haven’t seen thus far, is a change in its nature.

This year though, smart retailers are looking to take the first steps in turning Black Friday from a festival of rushed retail participated in by people shopping only for themselves, to one where consumers collaborate and share in the act of squeezing further value out of the deals on offer.

In the 2010s, the first iterations of the UK’s version of Black Friday, freshly adopted from the US, came with horrifying news reports and images of near-riots in stores as shoppers fought over TV sets. In 2014, UK police forces were called in to shops across Britain to deal with crowd control issues and violence.

With its evolution since meaning shoppers were neither as present in-store, nor focused on a single day, such images and stories have been less frequent.

What has remained deep in the essence of Black Friday until now however, is, if not quite greed, certainly a culture of grabbiness. Shoppers have only self-interest in mind while poring through the tantalizing discounts and bargains. They compete against one another from wherever they are in the world to snatch the best deals while stock remains available.

There’s nothing inherently wrong with this. Indeed, for your customers such ‘trolley dash’ type gamification is probably one of the elements of Black Friday that makes it such a thrilling shopping occasion.

For you though, the retailer, there could be a sustained advantage in trying to steer Black Friday away from such base, competitive origins towards a more collaborative, shared experience for your customers.

Some retail brands are finding there can be more to the week surrounding Black Friday than generating a sharp spike of ‘buy and bolt’ customers who then immediately return to their regular shopping habits.

Kurt Geiger, PrettyLittleThing, Ted Baker and others have sought to use Black Friday to acquire new customers and incentivise existing ones to return.

They’ve employed smart referral programmes that, when engineered by referral experts, are proven to drive sustained growth in the long term by helping ‘create’ a brand’s most loyal and valuable customers.

And in the more immediate term, properly tested and engineered referral marketing programmes allow brands to use a range of clever mechanics - competitions, free gifts, free shipping and subscriptions - to extract stickier value out of Black Friday season. 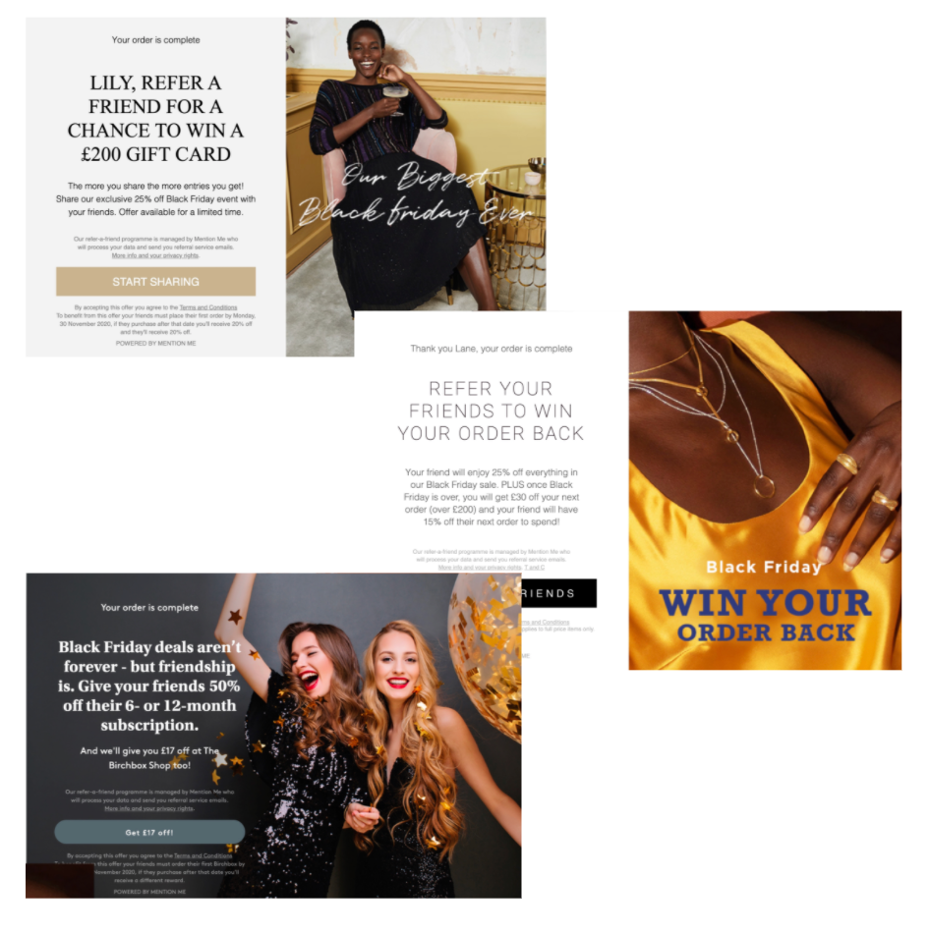 Why stickier? Well, quite simply, because customers that refer and indeed those customers they refer to, are by some distance more valuable and loyal than your average customers.

But there is perhaps an even more pertinent reason to explore launching your referral programme as part of your 2021 Black Friday planning. As usual, your customers are a step or two ahead of you and they’re in the mood for making Black Friday a shared experience.

Even if most Covid-19 pandemic restrictions are lifted long before November, the scars of the past year; of reduced access to other human beings - not least our friends and family - will still run deep.

At Mention Me, our experience of Black Friday in 2020 showed a significantly raised propensity on the part of Black Friday shoppers to share the joy of brilliant deals with their loved ones. November 27th 2020 was a milestone in what continued to be a record-breaking year for Mention Me in delivering incremental revenue for our 400+ clients. Black Friday 2020 was Mention Me's busiest day in history.

Acquire more customers with Mention Me. Contact our Sales team to get started. 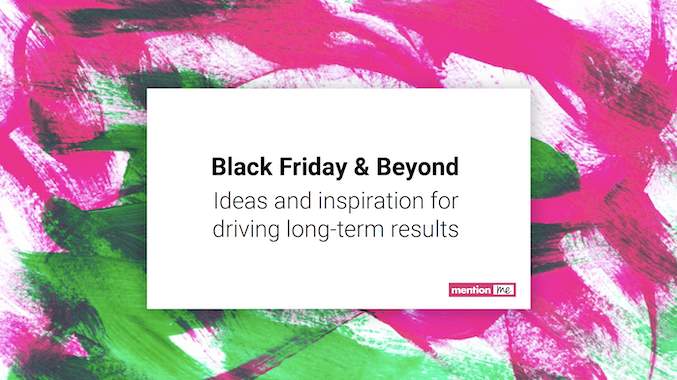 Multiply your customer base this Black Friday